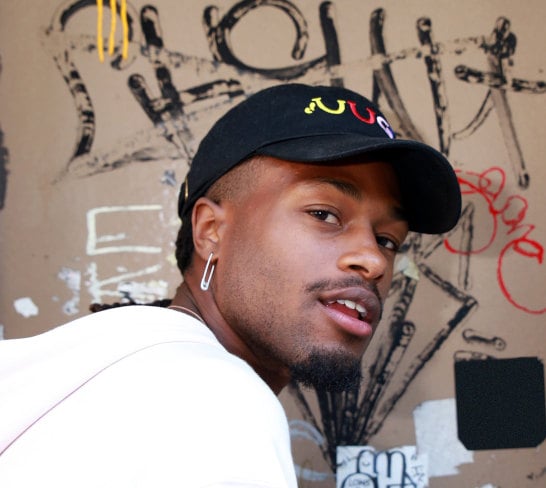 Multitalented and undeniably creative, Jared Lee aka Duckwrth, relishes in defying genres. Lee grew up in South Central California with a family that was adamant on keeping him away from the negative influences of the neighbourhood. He spent his sheltered upbringing drawing and writing, eventually pursuing graphic design at the Academy of the Arts University in San Francisco. Lee fell into music while studying design but visual expression will always be part of his core. He believes that aesthetics enhances music. It is this talent for visual expression that allows Lee to blend genres into electric flows and even design the bulk of his earlier album covers. Lee established his free-spirited creativity in 2016 with the release of his debut album “I’m Uugly”. He originally intended to release a feel-good, upbeat project titled “Super Good”, but decided to allow his music to show what he was experiencing at the time. Lee followed up his first album that expanded his reach internationally in 2017 with “An Xtra Uugly Mixtap”. His song, “Start a Riot” feat. Shaboozey made an appearance in the soundtrack for the Academy Award winning movie, Spider-Man: Into the Spiderverse. The soundtrack is nominated for the 2020 Grammys for Best Compilation Soundtrack for Visual Media. Lee continues to ride the forward momentum with the release of the EP, “Falling Man” in May of 2019.