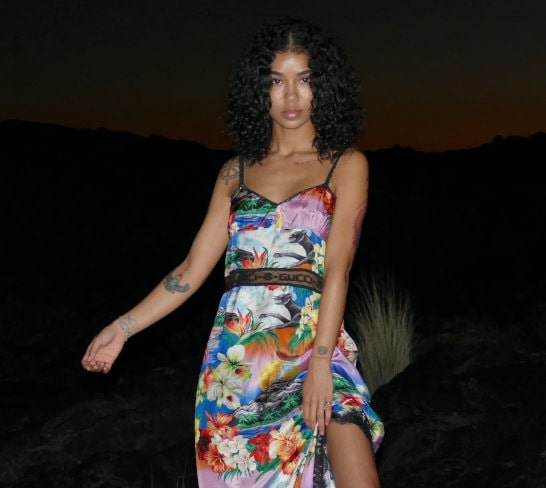 Born and raised in L.A, Grammy®-nominated singer/songwriter, Jhené Aiko comes from a diverse background that has defined and influenced the artist she is. Her mother is of Dominican, Spanish and Japanese descent, while her father is of African American, Native American, German-American and Jewish descent. Never allowing culture and religious barriers to confine her, at its core, Jhené's music has always been existential experiences and awareness of self.At the tender age of 13, she earned her first industry credits, lending her vocals to B2K under the management of Ultimate Group.At 16, she asked to be released from her contract to focus on education.But by the age of 20, after giving birth to her daughter, she found the determination to refocus on music.By the spring of 2011, she amassed attention and thousands of downloads on her self released mixtape “Sailing Souls” that featured Kendrick Lamar, Kanye Wests, Miguel and Drake.By end of the year, she was signed on with Def Jam under the producer No.I.D.“Sailing Souls” was an antithesis to an industry heads' advise to “sell” herself. Instead, she found resolve to be personal and honest to "sail" herself. Jhené’s career has weathered the ups and downs of the music industry, consciously choosing to be more than just an entertainer. Her 2014 EP “Sailed Out” was nominated for 3 Grammy awards and her second album “Trip” was released #1 Billboard R&B charts debut in 2017. “Trip” is an intensely personal, multimedia project, featuring a music, short film and a poetry book.